What Is Server-side Scripting?

Simply put, server-side scripting is a programming language that runs on the webserver. So when you want to view a webpage, your browser sends a request to the webserver, and then the server validates and processes the request and sends the content of the page back. Server-side scripting is also called “backend” programming because it happens behind the scenes on the backend of your website.

This type of scripting is essential to web development because it allows us to make dynamic, database-driven websites.

Another approach is client-side scripting, in which code is executed directly in the browser.  Frameworks like Angular, Vue, and React fall into this category. The client script will communicate with the server through APIs, but the user interface processing is done in the browser.

The benefits of server-side programming languages in website development are numerous.

Web development can become extremely challenging if you have a huge number of users visiting your site; the more people who visit, the more resources your web application requires. Server-side programming languages will ensure that your web server can handle traffic demands efficiently. This will enable you to handle huge influxes of traffic without worrying about your website crashing.

Some server-side scripting languages can handle transactions because they can execute multiple commands at once. Many programmers use this to create advanced database applications.  You should consider whether it would be valuable for your site before you choose a particular language.

Most server-side languages have strong communities.  Apart from the benefits mentioned above, you should find plenty of tutorials and documentation when choosing a language. You will also be able to find questions answered by other users in online forums. This is especially true for the top 7 scripting languages listed below because they are extremely popular.

Server-side scripting languages are a type of programming language that runs on the server instead of the client. They can create dynamic websites and web applications, perform scheduling and data mining tasks, automate processes such as compilation, and send emails. There are many popular programming languages, but this article will cover the seven most popular ones: PHP, Node.js, Python, Ruby on Rails (Ruby), and Java.

It is a popular server-side scripting language in use today. Danish-Canadian programmer Rasmus Lerdorf developed it in 1995. Since then, PHP has been steadily gaining popularity as a platform for building dynamic websites and applications.

The PHP interpreter is found on more than 20 million websites. The flexibility of PHP makes it easy to integrate with many different databases, including SQL and MySQL, and independent of any particular database system.

In addition to its flexibility, PHP is notable for being open-source software. Most web servers use PHP to implement the Basic and Configuration Directives (known as Apache mod_php). Because of its popularity, the demand for PHP programmers is high. PHP also has several high-profile users, including Facebook and Wikipedia.

Node.js is a server-side scripting language and a runtime environment that runs scripts written in various programming languages, including JavaScript and CoffeeScript. This means it can run any type of software with the help of external libraries or frameworks. Those who want to learn Node.js should consider taking advantage of its extensive library of modules, including Connect and Express.

The downside of Node.js is that its ecosystem is mainly composed of custom modules, meaning programmers can be restricted by pre-built modules when developing software. Additionally, some programmers working on large projects may find the language’s syntax too rigid or confusing. It is a general-purpose language, but it is often used as a server-side scripting language. Why? It’s quick and easy to code in, easily readable, has a vast library of functions that you can use for free, and lots of web frameworks are designed for Python that speed up development tremendously. In addition, it is widely considered to be an easy programming language to learn and read due to its clear syntax and use of indentation to delimit blocks.

Python can run on any operating system as a server-side language, but it’s often used for web applications. In fact, many people claim that it is the best programming language to use when developing websites and servers.

We have seen a rise in the Python programming language in web development in the past few years. For example, websites such as Pinterest and Instagram (which Facebook bought for a billion dollars) were written in Python. This is one of the server-side scripting languages with a focus on simplicity and productivity. Ruby, an object-oriented language, can be used by new programmers or experienced developers looking to write code more efficiently. With a syntax similar to other dynamic languages like Python and Perl, Ruby has elements of functional programming as well.

The goal of Ruby is to make programming fun again for software developers who had become disillusioned with the more popular languages of the day. Ruby is designed to help programmers efficiently address common programming tasks, including memory management and concurrency, which are problematic in other languages. In addition to its use as a general-purpose programming language, Ruby is used for server-side scripting in web applications.

Also, Ruby has many of the same features that developers enjoy in Python, Perl, and PHP. However, it also has unique benefits that make it worth learning, even if you use another scripting language regularly. This is one of the server-side scripting languages and a general-purpose programming language. Java is concurrent, class-based, object-oriented, and specifically designed to have as few implementation dependencies as possible. In addition, it is intended to let application developers “write once, run anywhere” (WORA), meaning that codes that run on one platform do not need to be recompiled to run on others.

Java is very stable, and it can do real-time sharing with other computers on a network (known as having ‘multithreading’). Java can also handle massive amounts of data which makes it ideal for managing large databases. The programming code for Java often uses English-like keywords which are easier to remember.

Java is a potent language, but it can sometimes be too complex. Also, if the programmer makes mistakes when writing the code, the program could crash in some situations. Large organizations like IBM and Sun Microsystems help maintain this language with software updates.

GoLang is a fresh programming language that Google developed. It is meant for lightweight web services that are designed to run on mobile devices easily. This makes it very unique compared with other server-side scripting languages - many of which were designed to be completed on large-scale projects, but GoLang was created in the opposite direction.

The unique thing about GoLang is that you can deploy it one way to have a light web service, but then when the need arises, you can reuse your code in any other way. The language was created with portability in mind - you don’t always need to make everything work on everything else.

For instance, if you want to write in C# for your Android app, in GoLang, you can deploy it in a lightweight way on the server. But when you need to make something more complex or work with Java language, then you can take that same code and use it again according to what you are implementing. This is a server-side scripting language created by Microsoft. It was used to create web applications with HTML, CSS, and JavaScript in mind. The programming code can be designed with multiple different tools. However, the most powerful one is Visual Studio (a software program), which helps make creating interactive programs easier than ever before. This has allowed ASP.NET/C# to work with other improved web languages such as HTML5, CSS3, and JavaScript.

ASP.NET/C# has many benefits, but one of the biggest is that it can be used with other languages. It means you are not limited to C# when designing your program - there are easy ways for you to use ASP.NET/C# with different languages. You can then decide later if you want to change it.

It is used greatly in the business world, but there are certain limitations to it as well. The language can be hard to learn for beginners (especially with C++ or Java experience), and it also has issues with memory management; however, overall, ASP.NET/C# is a powerful server-side scripting language that can be used for almost any need.

ASP.NET/C# also has the largest amount of community support, making it easier to find answers if you’re stuck. Although this may not matter to many businesses because they have an IT department, small companies or people working solo may appreciate this aspect of ASP.NET/C#. Server-side scripts are a powerful way to add functionality and interactivity to your website. They’re also often the most complex aspect of programming, so you must choose one with ease of use in mind.

However, as we mentioned above, there are currently so many programming languages, but not all of them will work for your company. We expect you to choose the right one for your projects or companies’ needs with the seven popular server-side scripting languages we have compiled. 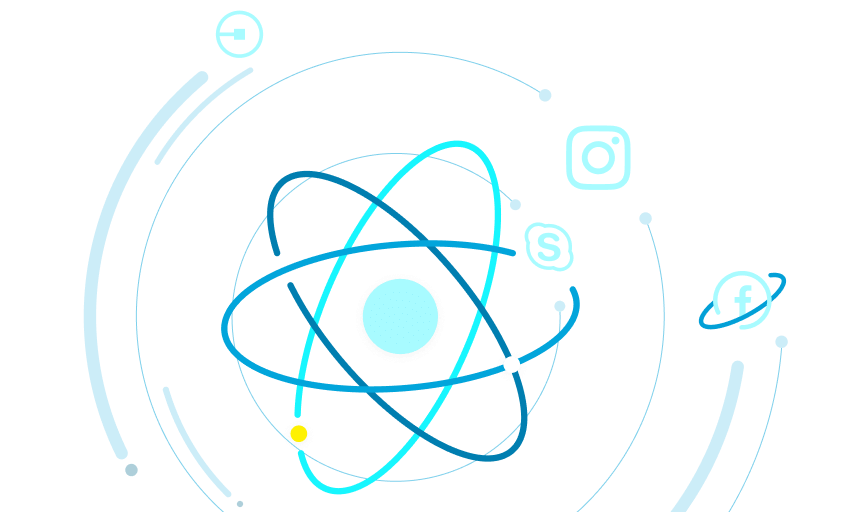