WHY OUTSOURCE TO VIETNAM

Outsourcing to Vietnam is gaining recognition as a cost-effective, high-quality software development solution in Asia. CIO magazine suggests that outsourcing to Vietnam saves up to 90% of costs, compared to developing software in the United States of America. Even better, when compared to India, developing software in Vietnam costs between one-third and one-seventh times cheaper. These are very convincing figures for foreign companies to start venturing their offshore software development to Vietnam.

Is software outsourcing a wise choice for your business?

Those who are new to outsourcing may be concerned that overseas firms are unable or unwilling to produce quality work, communicate with the onsite teams, and/or meet established milestones and goals with the aptitude and excellence when compared to on-site workers. Local problems include language barriers and difficulty with establishing and maintaining contact, as well as other issues that might make outsourcing seem too risky as an option. But there are plenty of outsourcing companies that focus not only on delivering low-cost solutions to their clients but also ensuring that these solutions are of the best quality, to exact specifications, with utmost dedication, and meeting all deadline requirements.

Vietnam presents a wise choice for modern outsourcing needs with its proven track record of stability and high concentration in the IT field, with university graduates already familiar with Western business practices and values and can communicate with clients in English with little to no cultural clashes.

The benefits of outsourcing to Vietnam

Outsource Vietnam is an outsourcing intermediary, which stated that, upon their research, outsourcing software development costs 50% less in Vietnam compared to India. In addition to Outsource Vietnam, Anderson Vietnam estimates that outsourcing per person in Vietnam is only $20,000 per person compared to $40,000 per person in India. According to Forbes, Vietnam has overtaken other popular BPO locations, primarily China, to become the next IT hotspot in Asia-Pacific. Particularly, compared to Chinese developers, who charge about $20 to $50 per hour, Vietnamese developers provide more affordable hourly rates ranging from $14 to $40. These figures are convincing enough to place Vietnam as the top future contender for offshore development projects. 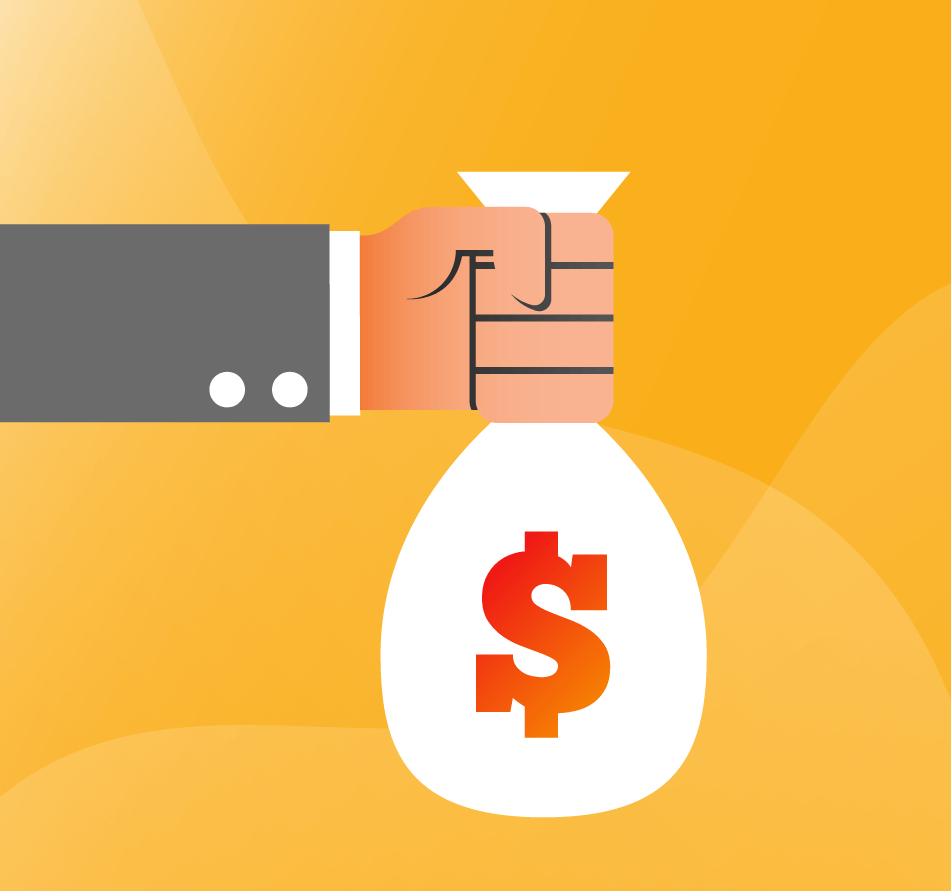 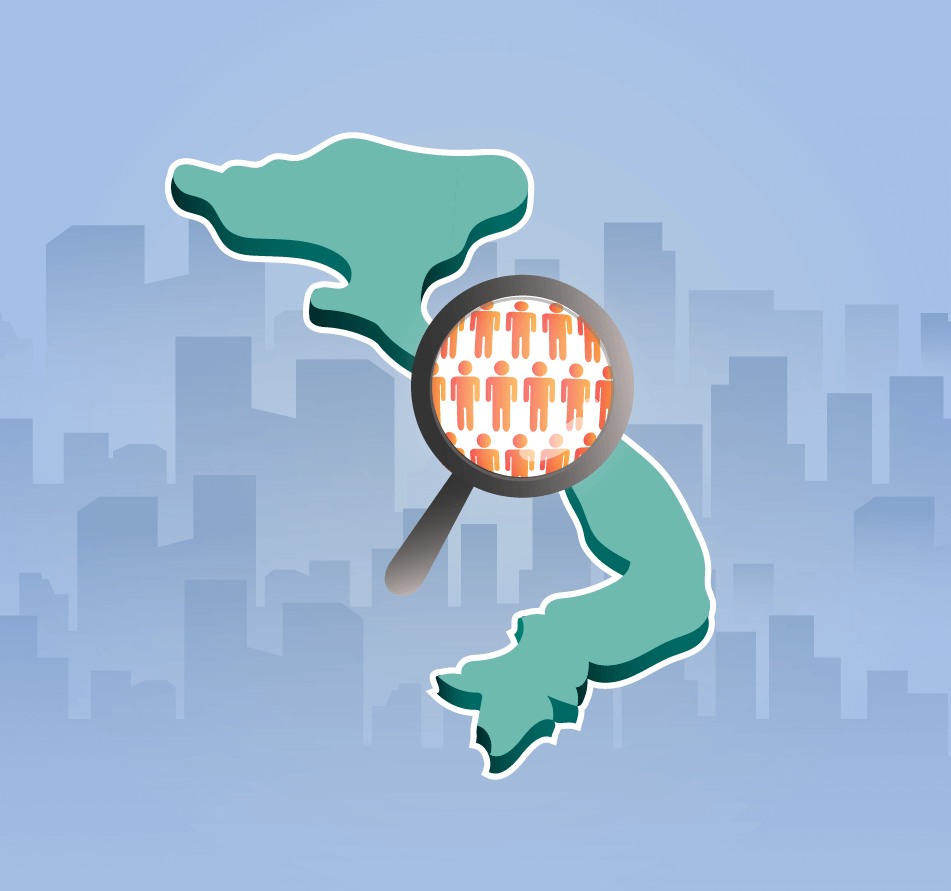 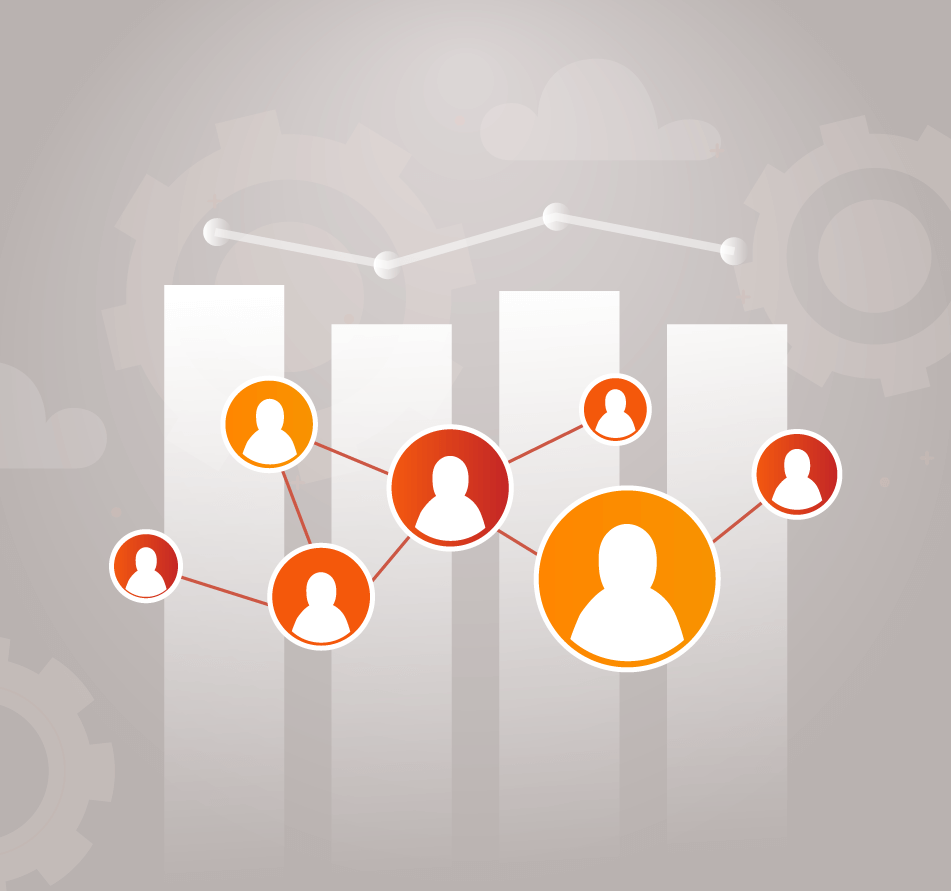 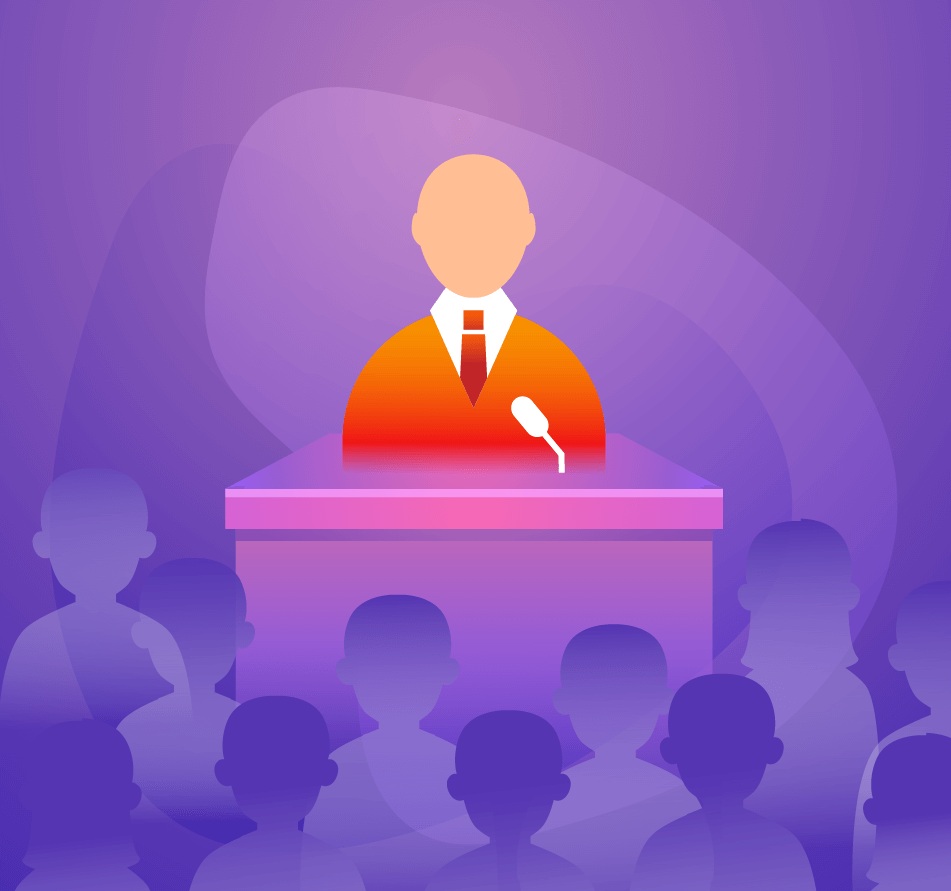 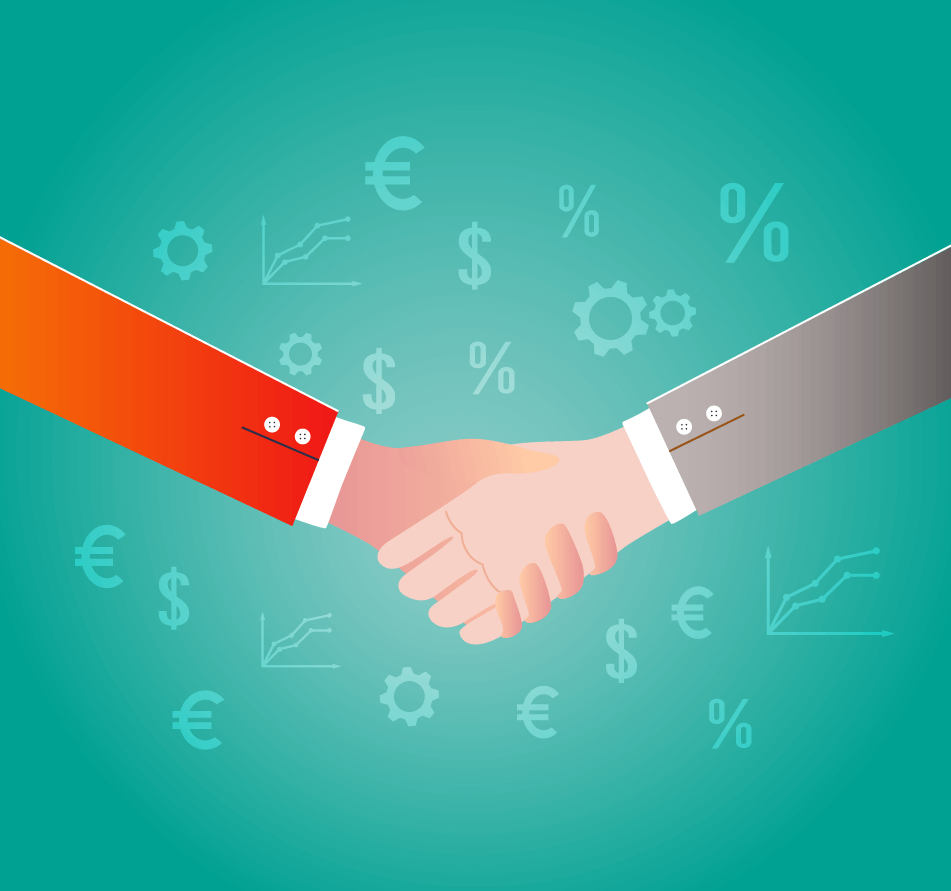 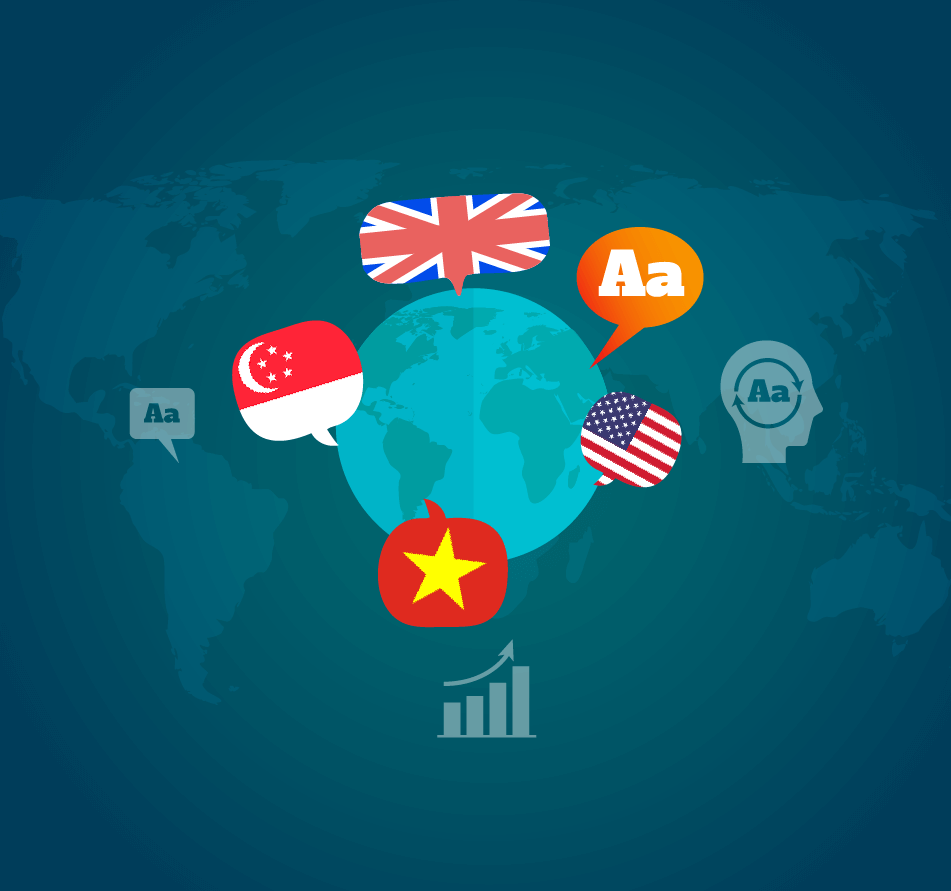 In Vietnam, labor costs 90% less than in the U.S., 50% less than in China, and 30% lower than India, which means more funds for development. According to MarketsInsider, Vietnam is ranked 5th in the “Best countries to outsource to in the World in 2019” list.

The Vietnamese government recognizes and promotes the importance of education and training. Today the country has a 96% literacy rate, and 80% of the country’s college graduates hold degrees in the sciences (Vietnam Economic Times). This makes Vietnam an exceptional country for outsourcing technological projects because the highly educated population has a high level of scientific and technical literacy. The average age of the Vietnamese IT workforce is relatively young, with 40 to 45% under 35.

Vietnamese young generations are now dispersing over the globe, attending prestigious universities and institutions, and contributing their knowledge to the improvement of the local IT talent pool. The World Education News and Reviews reported that the third largest student population in the U.S. is Vietnamese. It does not stop there; a great number of Vietnamese IT talent is trusted and hired by major Silicon Valley corporations like Google, Apple, Facebook, etc. As Glints stated in 2022, “Vietnamese tech talent is the most sought-after internationally.” This is partially due to the nation’s potentially strong tech talent base that is knowledgeable in cutting-edge expertise, artificial intelligence, blockchain, data science, etc.

The labor force also has a much lower turnover and much higher stability than most other countries that are active in outsourcing. Overall, companies in Vietnam have an IT-related turnover rate of less than 5%, whereas, in many other countries, such as India, this turnover rate can be 10% or even higher. Ho Chi Minh is considered to have “significantly low attrition rate” and “strong labor pool” as two main reasons for the city’s inclusion in its list of the top 50 outsourcing cities in the world.

Common outsourcing destinations in Asia-Pacific are often plagued by instability. Consider, for example, the 2006 coup in Thailand, the Kashmir conflicts between Pakistan and India, and the Sri Lankan military’s struggles against the Liberation Tigers of Tamil Elam. There are many U.S. travel advisories that warn Americans against traveling to these areas, but fortunately, Vietnam doesn’t share these countries’ woes. In fact, Vietnam is a very stable country, which creates a hospitable business environment for outsourcing.

Vietnam boasts a healthy economy that is growing rapidly and stably. In 2021, the GDP growth was estimated at 2.58%, and Vietnam is also one of the rare economies that have two consecutive years of growth during the harshest time of the global pandemic. While countries all throughout the world struggled to contain the economic damage caused by the Covid-19 pandemic, Vietnam was among the best in controlling the virus and preserving the stability of its economy. Up to September 2022, the foreign direct investment (FDI) into Vietnam has increased by 16.3% from a year earlier to $15.4 billion, according to Trade Economics. This makes a favorable comparison with that of other countries that are popular destinations for outsourcing work.

Because 95% of Vietnam’s population is ethnically Vietnamese and more than 80% of the citizens do not identify themselves with any particular religion, Vietnam is largely free of ethnic/religious conflict. A 2003 UNDP (United Nations Development Programme) study concluded that Vietnam had one of the most secure environments for investment, given the conflicts in Iraq and the surrounding region. Likewise, Vietnam was ranked as the safest among the 14 countries in the Asia-Pacific Region by the Political and Economic Risk Consultancy in Hong Kong (Berth of a Nation in Time, autumn 2002).

The current government has held power since Vietnam’s 1975 reunification, meaning that there have been more than 30 years of political stability in the country. The last major conflict with a neighboring country was almost 30 years ago, in 1978. Two American presidents (Bill Clinton during his presidency and in 2006, and George W. Bush during the APEC summit) have visited the country, and Bush met with several top officials including the president, prime minister, and Communist Party chief, thereby underscoring the country’s political stability. According to the Global Peace Index 2020, Vietnam was ranked 12th as the safest and socio-politically stable country in the Asia Pacific region.

Vietnam has had a free market since its centrally-planned economy was reformed through “doi moi” thirty years ago. Today, Vietnam’s policies create a warm and welcoming business environment for foreign investment. Along with the Free Trade Agreements (FTAs) signed with the EU in 2019 and the successful containment of the Covid-19 pandemic, Vietnam has been luring a massive influx of investment from international technology giants and manufacturing groups, typically Apple, Canon, Microsoft, Nokia, Intel, LG, and Samsung. Not to mention that other tech corporations from Japan (such as Sharp, Nintendo, and Komatsu) and Hongkong (such as Lenovo) are planning to make their ways to Vietnam for production, according to a report by Savills Vietnam.

Unlike many Asian languages, Vietnamese uses the Latin alphabet, just as English does, which makes it relatively easy for Vietnamese speakers to learn English. English is the second most popular language in the country, and the majority of Vietnam’s college graduates have high proficiency in English. The English level of Vietnam was ranked 13th in Asia and 65th globally in the EF English Proficiency Index 2020. Consequently, 90% of IT workers in Vietnam are able to communicate in English at an intermediate or higher level when working on outsourcing projects.

Who outsource to Vietnam?

Vietnam software outsourcing services have been blooming for over a decade. Many Japanese companies are choosing to outsource most of their IT work to Vietnam. Intel is also heavily reliant on Vietnam to meet its outsourcing needs.

Other companies that have chosen to outsource to Vietnam include Nortel Networks, Bayer, Sony, Cisco, and Anheuser Bush (source: CIO.com, “Outsourcing to Vietnam”). The software outsourcing industry in Vietnam is promising with many years to grow and a lot of potential to explore. In 2018, Vietnam exported $3.5 billion worth of software, according to the Ministry of Information and Communications. Vietnam is rated as the top 5 countries for software outsourcing, as of 2019.

No matter what type of custom software development outsourcing services you require, rest assured that Orient Software can deliver and meet your specific requirements – with flying colors. Orient Software is a top-tier software outsourcing company based in Ho Chi Minh city with over 17 years of experience in the IT industry. We have a team of over 350 IT experts who can help you develop custom applications to suit the needs of your business. Rather than taking the cookie-cutter approach in software development, we make sure that each project is custom-built to fit your requirements and specific business needs.

Standing out from other Vietnam outsourcing companies, Orient Software has the capability and experience to undertake any size outsourcing projects from beginning to end, under budget, within the planned time, and with results that will exceed your expectations due to our many years in the market working with over 100+ global partners. How can we do this? 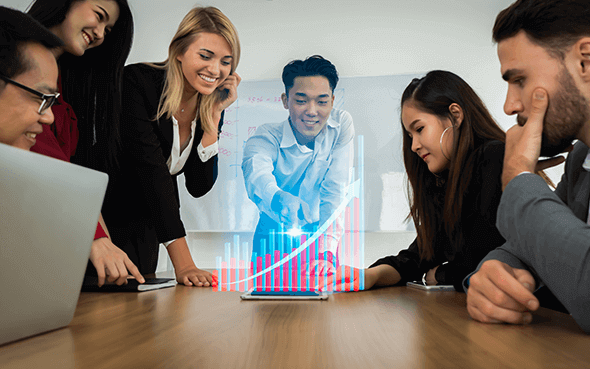 Orient Software has experience in multiple industries, and our software outsourcing development services include:

If you wish to outsource your mobile applications software development to Orient Software, we specialize in developing custom apps for both the iPhone and Android. Developing apps for mobile devices is an emerging trend, so if you have an idea for an application but you’re not sure how to implement it, share with us your thoughts so we can work on it together!

Be it mobile software applications, enterprise applications or e-commerce solutions, Orient Software is a one-stop-shop for all your software development needs!

Why it pays to outsource software development to Orient Software

Here at Orient Software, we have a team of software developers who have extensive experience in software engineering, design, development, quality assurance and deployment of customized software programs.

As one of the top software outsourcing companies in Vietnam, all of us here at Orient Software believe that in the end; the success of a software development project lies in the talent of the people working behind the scenes, and their willingness to work with the client so that their expectations can be met. By being aware or our client’s needs, we can come up with a highly satisfactory end result in the form of software which meets their needs as a business.

Have a project in mind?