At the time, the company was experiencing many inconveniences by using slower, more complex programming languages like C++. To overcome this problem, the team came up with a new programming language that was easy to learn and use, fast, capable of handling large and complex infrastructures like databases and networks, and easy for developers to troubleshoot their code before launching their applications.

Since being released to the public in 2012, Go development has really taken off. According to a survey of over 16,655 developers from 76 countries carried out by HackerEarth, 32 percent of experienced developers pick Go as their programming language of choice. On top of this, the language is used by some of the biggest companies in the world, including Facebook, Uber, Dropbox, Intel, HP, and many more.

To help you decide if developing with Go is the right choice for your next project, let’s take a look at its advantages, what it’s used for, and how to outsource your Go development to the right team.

Advantages of the Go Language

Go is a statically typed language. This means that if a script contains any errors, it will not compile until the errors have been fixed. This is a huge advantage for developers, as it means they will be notified of a problem before they compile their script, which gives them a chance to correct those errors quickly and easily.

Go has a built-in garbage collector that automatically frees up memory in an application when that memory is not needed anymore. Not only does this result in faster-performing applications, but also applications that are compatible with a wider range of computing systems. Why? Because they are less CPU-intensive and therefore able to run on lower-end systems, making them accessible to a broader audience.

Since Go is a compiled language, a script is converted directly into machine code that a processor can execute. This is in contrast to an interpreted language, which translates each line of code in real-time, one by one. As a result, compiled languages are generally faster to execute, but they require a compiler to be built for the source code to be executed properly.

When developing in Go, you can use a special function called Goroutines. A Goroutine is a function or method which is executed both independently and simultaneously in connection with other Goroutines. This means that the Go language is capable of handling multiple tasks at once, without any of those tasks conflicting with one another. This is similar to how threads work in other programming languages; however, Goroutines are much smaller in size, making them less CPU-intensive and faster performance.

Go is one of the easiest programming languages to learn, especially for developers who are already familiar with similar languages like Python and C. There are fewer rules to learn than other languages. So, developers can gather most of the knowledge they need and keep it in their heads without constantly referring to outside material. Plus, the official documentation is easy to read, and there are heaps of third-party communities and resources that developers can use to keep their skills and knowledge sharp.

What is Go used for? 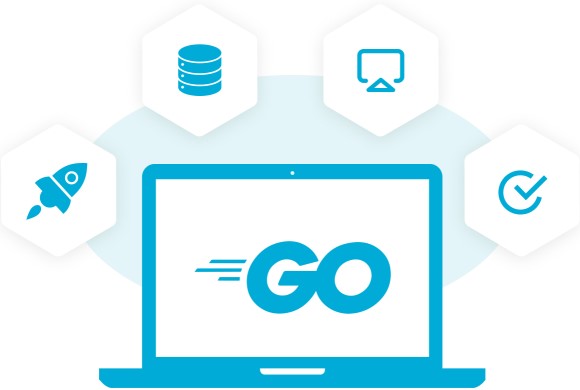 As previously mentioned, Go development is featured in a range of businesses, including Google, Uber, Twitch, and Dailymotion. Some of the most common applications that Go is used for include:

How to outsource your Go development 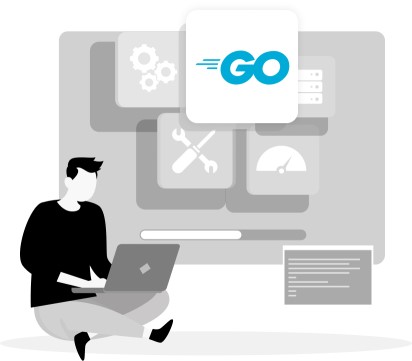 Ideally, you want a team who:

Most importantly, you want to outsource to a Go development team that provides ongoing support after the launch of your project to ensure that you get the most out of your custom Go application.

If these are the qualities you’re looking for in a Go development team, contact our experts at Orient Software.