Everything You Need to Know About Kotlin Development

Although Kotlin officially went open-source in 2012, support (and enthusiasm) for the programming language didn’t truly blossom until five years later, when Google, at the 2017 I/O Conference announced their decision to provide first-class support to Kotlin on Android.

How did this little-known programming language, previously wrapped in obscurity, grow in popularity so quickly, to the point where even the likes of Google took notice and embraced it as their primary Android App Development vehicle?

To answer this question, let’s dive into the history of Kotlin development, including how it works, its unique benefits and features, and how developers and companies around the world are using Kotlin to power their digital dreams. 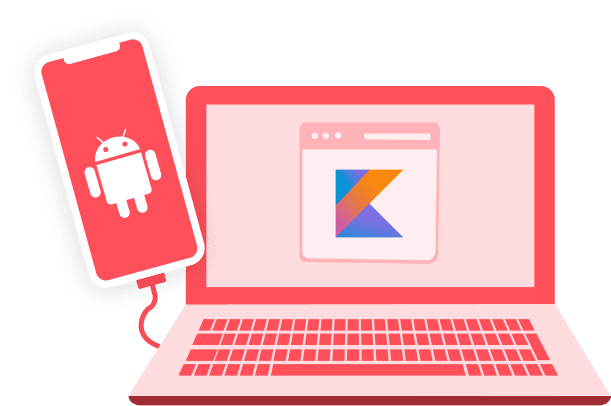 A brief history of Kotlin

Kotlin was officially created by a company called JetBrains, the creative minds behind IntelliJ IDEA, an integrated development environment written in Java for developing computer software.

Taking the skills, knowledge, and experience the team had gathered in creating IntelliJ IDEA, JetBrains shifted their attention to Java.

They recognised Java was the programming language of choice for developers around the world. However, they also identified various setbacks and inconveniences, which, in their opinion, held the framework back from letting developers truly express themselves.

The team at Jet Brains also wanted to simply the learning and coding process, to create a language

The team at JetBrains also wanted to simplify the learning and coding process, to create a language similar to Java but also quicker and easier to learn with less manual coding required to perform the same executions.

After several years of experimentation, Kotlin was officially revealed in 2011, before going open-source in 2012.

While the launch itself was relatively muted, word began to spread of Kotlin’s ease of use, accessibility, interoperability, and flexibility due it being both an object-oriented and functional construct.

Furthermore, Kotlin development began to garner wide support in the form of community support groups and an expanding team of official developers under the JetBrains name. These Kotlin guidelines made it easier for new developers to read about and start writing Kotlin in a matter of days.

How does Kotlin work? 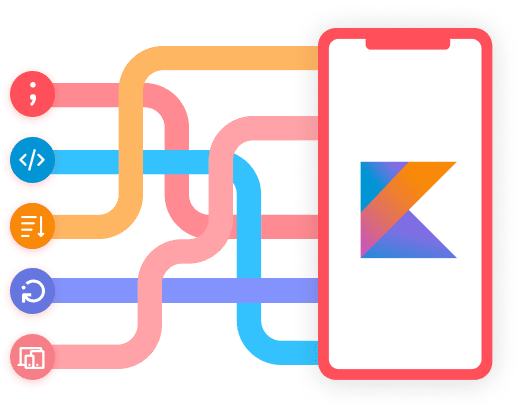 Kotlin is very easy to use because the language is so similar to Java. If a developer is already familiar with Java, chances are, they will have very little issue transitioning to Kotlin.

In saying this, there are a few key differences between the two languages. These range from minor changes like the lack of need for semicolons in Kotlin, to more drastic changes, like the ability to create extension functions and there being no need for null variables and objectives in Kotlin.

Here are some of the features that are unique to Kotlin

As previously stated, you generally don’t need to use semicolons in Kotlin development. They are entirely optional, except for certain scenarios, such as if there is more than one command on one line. This helps reduce the amount of manual coding a developer has to do, resulting in faster, more streamlined development process.

In Kotlin, you don’t need to specify a variable type, because it is inferred from the context in which the language is written. You don’t have to outright specify what the variable type is. When you run the compiler, it can automatically figure out what the variable type is, and how it’s supposed to function within the application. Again, this greatly reduces the amount of time spent on manual coding.

No null variables and objects

Kotlin has built-in null safety support. Since NullPointerException is a major cause of Android bugs and crashes, this is a life saver. This is because, unlike Java, Kotlin does not allow developers to assign a null value to an object reference, which reduces the potential for coding errors. As a result, developers save time on testing and debugging their application, resulting in a more streamlined launch and post-launch support schedule.

Kotlin is compatible with pretty much all aspects of Java. So, if you already have a project written in Java, you can incorporate as much – or as little – of Kotlin as you wish to suit your needs. Kotlin even has a built-in Java to Kotlin conversion tool, making it quick and easy to migrate to Kotlin.

Despite having a strong history with Android App development, Kotlin isn’t just limited to the mobile world. On the contrary, Kotlin can be used to create virtually any type of application, in any environment, from Android and iOS through to server-side and client-side web applications. This makes it easy to incorporate aspects of Kotlin into your project, even if your code wasn’t originally designed for it. 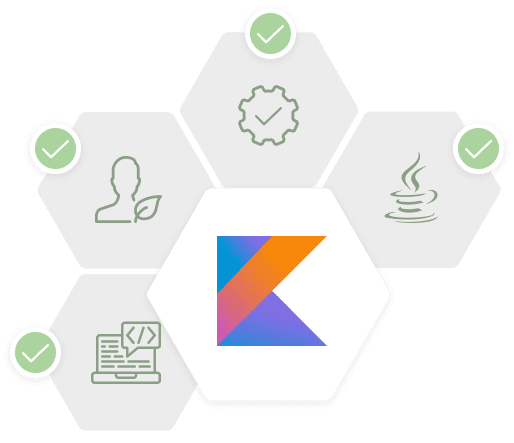 Since Google made Kotlin the official language of Android in 2017, companies around the world have embraced it.

To give you a better idea as to how popular the language is, here are what some of the biggest companies in the world are doing with Kotlin development.

Previously written in Java, over time, the Pinterest app has begun to rely more on Kotlin to enhance the user experience. Since the language allows developers to write code faster, more efficiently, and more accurately, this has allowed the Pinterest app to receive more frequent updates, and deliver the best possible experience across multiple platforms.

Initially, the development team at Trello liked Kotlin in its early stages, but wanted to vet it a bit more before using it to make major changes. Over the years, though, Trello has fully embraced Kotlin as a powerful programming language. As of 2018, the Trello codebase was made up of around 30.8 percent Kotlin, a number that has likely grown since then.

Evernote uses Kotlin over Java for a number of reasons. For starters, it provides better stability, clarity, and speed on the Android app. Secondly, Kotlin lets the team continue to use Java where it suits them, without compromising on the build quality of the application.